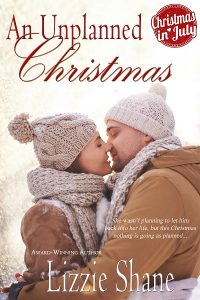 Event planner Rachel Persopoulos doesn’t have an impulsive bone in her body.  The one time she threw caution to the wind, she wound up alone and pregnant, just like her mother before her.  Now her life as a single mom only works because of her determined avoidance of anything that isn’t part of her plans.  But when her boss assigns her a massive Christmas charity fundraiser, she learns the celebrity face of the event is the one person she never planned on seeing again.

All-Star catcher Cameron Cole never stopped thinking about the woman who dumped him via text message two years ago—though he never expected to find her coordinating a celebrity bachelor auction.  He’d fallen hard for Rachel, and when she ghosted on him he’d told himself it was for the best.  He’d been in the middle of a messy divorce—which, yes, he should have told her about, but she should definitely have told him he’d fathered a child!

When he meets his baby daughter for the first time, Cam knows instantly that he wants to be part of her life—a desire which becomes more complicated when he realizes he still has feelings for her mother.

Rachel isn’t sure she can trust Cam again, but if he isn’t the married playboy she thought was using her, could he be exactly what she needs? She wasn’t planning on letting him back into her life, but this Christmas nothing is going as planned…