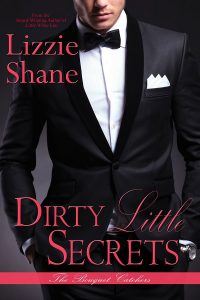 Do you want to start a scandal?

As the heir-apparent to a political dynasty and father of twin girls, Aiden Raines has plenty to keep him busy. He’s thrown himself into work since he lost his wife two years ago, and he isn’t interested in slowing down–or getting involved in another relationship. Until he finds himself growing more and more intrigued by the woman who’s been right under his nose for years…

Samira Esfahani was running away from a failed marriage when she came to DC and began working as Aiden’s live-in nanny. After learning how wrong she was about her ex-husband, she wasn’t ready to trust her romantic instincts again. But if she were to start looking for a man, her employer would be the prototype for the perfect one. Unfortunately, he’s also her boss, and off limits in more ways than one… until one impulsive kiss changes everything.

But as electric as their chemistry may be, Samira is leery of trusting her heart–especially when being with Aiden would thrust her into the political spotlight. Or worse, leave her hiding in the shadows as his DIRTY LITTLE SECRET.

RELATED SERIES:
YOURS FOR CHRISTMAS NOVELS